The student of ninth year of the Heinrich-Mann-Gymnasium Erfurt worked out an own opinion in her one-week internship in Topf & Sons Place of Remembrance and formulated it in her text. 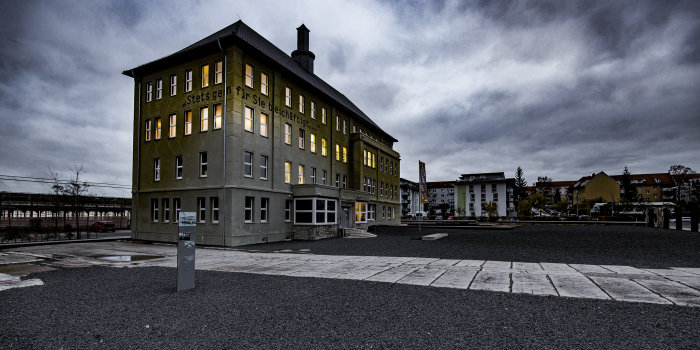 Her clear opinion is that own prestige or career should never be more important than human lifes.

How do you review the behaviour of Topf & Sons?

The behaviour of the company Topf & Sons is completely incomprehensible to me. It is not like they did not have a choice, because they were forced to or needed money. Most employees were not even members of the NSDAP; so it was not a matter of ideology either. The company saw itself and the SS as equal business partners. However, this business did not earn them much money; it always stayed a small part of the company and never gave the company more than 2% of the overall turnover.
Another fact is that before 1939 Topf & Sons already build ovens, but for municipal respectful cremations. They continued to improve their techniques, so that for example the dead body was not even touched by the flames and it did not smell after burned flesh. The company developed these techniques even before there was a law about cremation. But when the SS asked for ovens for their concentration camps, where they needed ovens for lots of corpses and dignity did not matter, Topf & Sons immediately ignored their own high standards and the law, and acted as though they had never upheld these principles.
The company could also, like others, have just said no, when asked if they could help the SS. Instead they decided to do something completely immoral and just illegal.

Individual employees and their actions

The behaviour of Ludwig and Ernst Wolfgang Topf is a paradox: They employed a lot of communists and people of Jewish background, who sometimes even had already been imprisoned, and also protected them from being captured by the SS. And yet they had their own company build the incineration ovens, and also the ventilation systems used for hushing up the mass killing of Jews, communists and others in the concentration camps. The two brothers helped people if they were right in front of them, but anyone they did not know or see personally did not matter to them.
The workers could have asked if they could work in another department or leave the company. At least one did, who did not have any negative consequences. Of course they might also have been afraid of leaving the company, because they might have to fight in the war, but they could have tried to work in a different department. But Kurt Prüfer, Fritz Sander or Heinrich Messing did not.
In my opinion there were always other options; they just did not use them.
Kurt Prüfer and Fritz Sander also did not just do their work, but got ahead of the SS´s orders, inventing new oven concepts in their free time, because the two were in competition with each other, trying to outstrip each other. Especially Prüfer tried to gain prestige from his work, and just thought of how to make the ovens more effective, so that they could burn more corpses in shorter time. He probably just saw this business as a chance to increase his income and prestige.

How much did they know?

The fact, that a certain department was producing ovens for the SS was never kept as a secret. The business was carried out according to all usual procedures and in all openness. Kurt Prüfer was in Auschwitz several times, also staying there overnight. This means he saw what happened there and in what conditions the inmates were, but never did anything about it. He and several workers of the company like Heinrich Messing had full knowledge of what happened in the concentration camps and of how the ovens were used. The ovens could also have never been designed and optimised without the exact knowledge of their purpose.
In my opinion the industrialisation of mass killing is disgusting, and I think that one´s own prestige or career and competition should never be more important than human lifes.

Web dialogue Back to main page
Share this page