Topf & Sons recognized that the annihilation of human beings was not merely a temporary state of affairs but an ongoing one that would increase in scale as time went on. On their own initiative, the engineers invented ever more efficient apparatuses for the disposal of an ever greater number of corpses, making use of the experience they had already gained with mass killings and corpse incineration in the camps. They provided designs that exceeded the wishes and requirements of the SS. The orders for the SS were insignificant for the company turnover, and offered only a few of the staff members personal advantages. 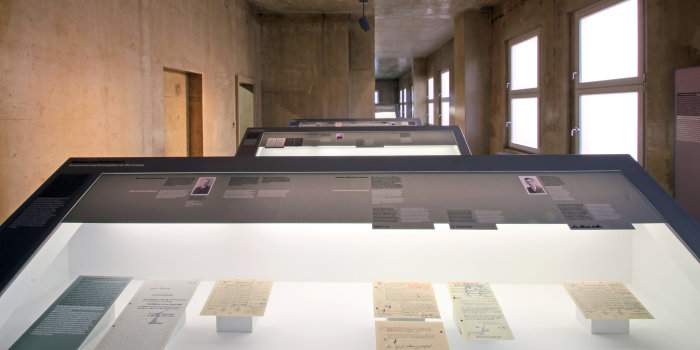 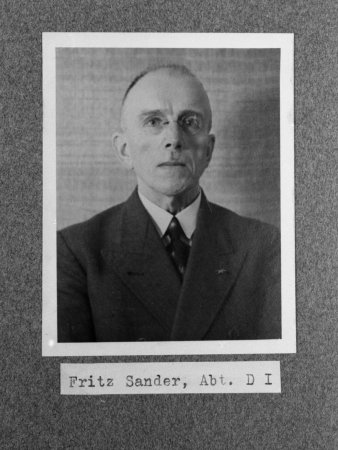 While the four crematoria of Auschwitz-Birkenau were still under construction, the involved engineers at Topf & Sons realized that the technology developed for Auschwitz would not be adequate. Kurt Prüfer and Fritz Sander reacted with differing suggestions for new high-performance ovens. They attempted to apply existing methods of industrial firing to achieve the even more efficient incineration of human corpses.

Fritz Sander designed his four-storey oven in the manner of an enormous refuse incineration plant. The corpses would be introduced sideways on a kind of conveyor belt (cf. sketch, top right). They would then slide down along the zigzag array of slanted grates, catching fire from the burning corpses already below them. After a preheating period of two days, the oven would thus be capable of remaining in operation "continually," without the introduction of further combustion material. The burning corpses alone would keep the fire going.

"The high demand for incineration ovens for concentration camps – which has recently become particularly apparent in the case of Auschwitz ... – has prompted me to examine the issue of whether the present oven system with muffles is suitable for locations such as the abovementioned ... In my opinion, with regard to the design of an incineration oven for the purposes of a concentration camp, the ideal solution would be an oven that could be continuously loaded and likewise operated ..., i.e. the corpses for burning would be loaded on at respective intervals – without interrupting the incineration process – and on their way through the oven would catch fire, burn, burn out and reduce to ash, and then land in the ash-chamber beneath the grate in the form of burnt-out ash. Here I am quite aware that such an oven must be regarded purely as a facility for extermination, so that concepts of reverence, the separation of ashes and emotions of any kind must be dispensed with entirely. All of this is probably the case already, however, with the operation of numerous muffle furnaces. Special war-related circumstances prevail in the concentration camps, making such methods indispensable. ... Bearing in mind the remarks I made above, it must be assumed that the authorities in question are also approaching other oven construction companies with regard to the supply of efficient, fast-functioning cremation ovens. In these companies, the question of the cheapest method of constructing such ovens for the abovementioned purposes will be examined as well. ... For this reason I consider it urgently necessary to have my suggestion patented, so that we can secure priority."

(Excerpt of a letter from Fritz Sander to the Topf brothers,
14 September, 1942)

The self-confidence displayed by the company management and engineers was not limited to professional expertise. Even in cases of conflict, e.g. concerning guarantee terms, they considered themselves to be business partners on an equal footing with the SS. The orders from the concentration camps were not as lucrative as Topf & Sons had expected, however. What is more, personal benefits such as bonuses and exemption from military service were enjoyed by only a select few.

The business relations between Topf & Sons and the SS were entirely dependent on Kurt Prüfer. As the only engineer in the firm active in oven construction, he designed all the concentration camp ovens that were used. His relationship with the company management was not always harmonious, because he was dissatisfied with his salary as well as with his status at the firm.

In February 1941 Kurt Prüfer wrote his resignation to the Topf Brothers:

I am not the kind of man who keeps coming to you as a petitioner, the reason being that I, too, have my pride. ... My salary with you formerly amounted to 630 Reichsmark, and today it is 360. Ever since takeover of the business you promised me that my salary would be increased when times improved. Until now this has only involved minimal amounts. I have made a great effort to put the firm back on its feet, and done everything in my power. ... You will appreciate that my decision to leave after twenty-one years with the company has been difficult for me. On the other hand I am obliged to think of my future, and also of my sick wife.

His resignation would have given the Topf brothers the opportunity to abandon their business relations with the SS without further difficulties. Instead, they kept him on at the firm with a raise in salary.

Ever ready to serve

In February 1945, even after Auschwitz had been liberated by Soviet troops, the SS was still planning to reconstruct the Birkenau extermination camps in Austria. The war was drawing to a close, and it was reasonably clear that the project would have little chance of ever being realized. Nevertheless, this SS plan was actively supported by Topf & Sons to the very end.