Despite all suppression efforts, the accessories and accomplices left traces of their deeds behind. Evidence of a sometimes quite inconspicuous kind is to be found in the documents presented here. In response to the demands of the SS, the company management, engineers and fitters supplied not only incineration ovens for the disposal of murdered human beings – they also perfected the gas chambers. In order to do so, they first had to observe the initial mass killings and burnings in the crematoria. The participating employees used the experience thus gained to optimize the extermination machinery. 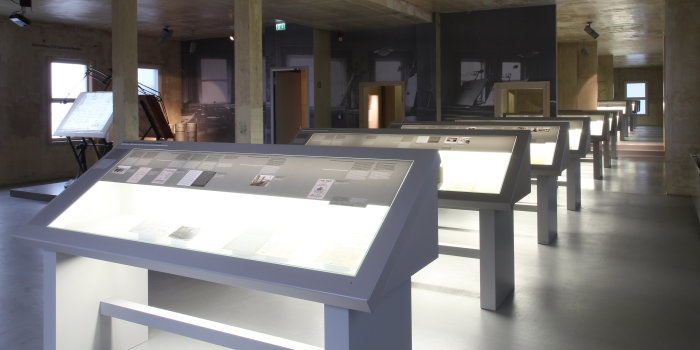 At the beginning of World War II, the SS approached Topf & Sons with orders for incineration ovens to equip the crematoria in the concentration camps. In order to provide its new client with fast and cheap means of incinerating corpses, the company began by supplying mobile ovens. Within a short space of time, Topf & Sons engineers went on to develop the first stationary ovens for the Buchenwald and Dachau Concentration Camps.

The corpse-burning practises in the camps 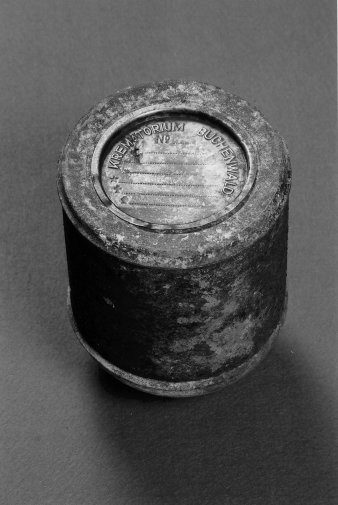 The ovens installed by Topf & Sons differed substantially from incineration ovens in crematoria outside the camps. The deceased were no longer burned singly and in coffins, the ashes of individual human beings no longer separated from one another. Topf & Sons also supplied ash containers, devices for labelling the container lids and fireclay plaques.

In accordance with the concept of reverence and the legal requirements of the Cremation Act, fireclay plaques and engraved ash container lids served as a means of identifying the ashes in an urn. In the concentration camps, however, they were used for a very different purpose. Since the dead were no longer burned individually in the camp ovens and no separation of ashes was possible, these items served to mislead people as to the true conditions in the camps. Until around 1942, the next of kin of so-called "Reich Germans" were allowed - on payment of a fee - to request the ashes of relatives who had died in Buchenwald concentration camp. In such cases an ash container was filled with ashes at random, a fireclay plaque added, and the lid accordingly engraved. 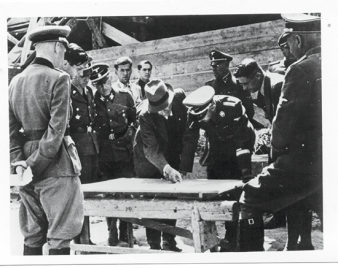 Beginning in the autumn of 1941, as the SS was in the process of planning the camp in Birkenau – some three kilometres from the main camp in Auschwitz –, Topf & Sons received a stream of new orders. Initially, Birkenau was planned as a huge camp for Soviet prisoners of war, and a new large-scale crematorium was to be constructed. When Topf & Sons was commissioned by the SS Central Construction Management to build more powerful ovens, Kurt Prüfer designed the “triple-muffle oven.” While Auschwitz-Birkenau was still under construction, its intended function was changed: It was now to become an extermination camp and a site of central significance in the genocide of the European Jews as well as the Sinti and Roma.

The planning and construction of the crematoria was the responsibility of the Central Construction Management of the SS in Auschwitz. Some thirty engineers and architects worked there under the supervision of construction engineer Karl Bischoff, who reported not to the camp commanders but directly to the Reich Leader of the SS, Heinrich Himmler.

The processing of orders in Erfurt 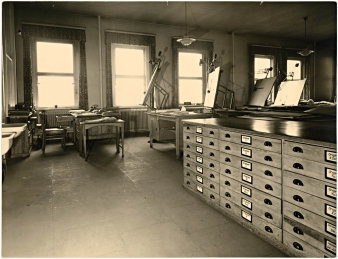 As with other large-scale orders, a number of company departments were involved in processing the orders from Auschwitz: The bid was calculated by the administration department, the individual parts for the ovens were manufactured in the various production shops and packaged in the shipping department before being sent off by rail and invoiced by the accounts department. Throughout the process, Kurt Prüfer was in constant contact with SS headquarters in Berlin, making every effort to obey the "urgent calls" from the SS for the supply of further ovens for Auschwitz.

Accomplicies and accessories to the crimes

Topf & Sons supplied not only the ovens for the large-scale crematoria at Birkenau, but also the ventilation and exhaust systems for the gas chambers. The engineers were already aware of the function of these systems during the planning phase. Kurt Prüfer visited Birkenau at least a dozen times, often accompanied by his colleague Karl Schultze, head of the Ventilation Systems Department. Employment papers of Topf & Sons fitters in charge of assembling the plants in Birkenau provide evidence that they were also aware of the intended purpose of the technology they were installing.

The memorandum of a telephone conversation provides evidence that employees who never personally visited Auschwitz but were involved in the processing of orders were also aware of the intended gassing operations in the crematoria.The use of the word “gas cellar” in the memorandum of a telephone conversation testifies to the fact that the company treated the provision of technical services for mass murder as a matter of course. The handwritten notes and abbreviations show that the memorandum passed through the hands of Ludwig Topf, Works Director Gustav Braun, authorized commercial representative Max Machemehl and Head of Purchasing Florentin Mock.

Heinrich Messing accumulated thirty-five hours of overtime in a single week in March 1943 when installing the ventilation system in the two basement rooms of Crematorium II, which later served as the undressing cellar and the gas chamber. In his service report he described the larger room as the “undressing room” instead of using the SS cover designation “morgue." He was thus aware of the SS plans for the use of the rooms even before the Auschwitz crematoria commenced operations. 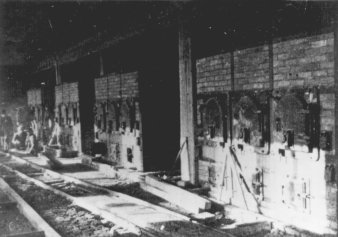 For the SS in Auschwitz, the engineers Kurt Prüfer and Karl Schultze were more than official representatives of the suppliers Topf & Sons. They were also the first professionals SS Construction Management turned to when it received complaints from Berlin. The two Topf & Sons employees supplied the SS with advice and assistance on increasing the efficiency of mass murder in the new crematoria.

Kurt Prüfer proposed to the SS that the gas chamber be heated with waste heat from the incinerators This was a sensible suggestion for the SS, since Zyklon B requires temperatures of approximately 26 °C to volatilize and develop its fatal effect. As a secondary effect of this installation, Kurt Prüfer envisaged the cooling of the forced draught systems fitted to the ovens to increase their performance. The proposal was immediately implemented by the SS. Due to the heavy loads to which the ovens were subjected, however, the forced draught equipment continued to overheat and finally had to be dismantled. 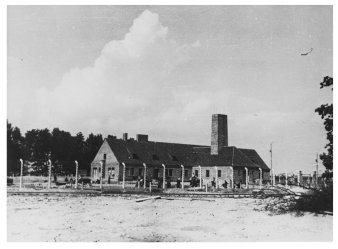 When the four new crematoria went into operation in the spring of 1943, the SS in Auschwitz had virtual "death factories" at their disposal. For the first time in history, human beings were murdered and their corpses burned in assembly-line manner.

Central Construction Management based its calculations for the operation of the new Crematoria II – V on the assumption that two corpses could be burned in one incineration chamber (muffle) of an oven in half an hour. In practice, however – according to testimony by inmates of the Sonderkommando as well as by Auschwitz Camp Commander Rudolf Höss –, this number was exceeded. The SS had three to five corpses burned in one muffle. In the case of children or severely emaciated victims, as many as eight were burned at a time. These practices made it arithmetically possible to burn as many as 2,500 corpses each in Crematoria II and III and as many as 1,500 each in Crematoria IV and V per day. In the summer of 1944, however, during which often more than 9,000 persons were murdered daily, the incineration capacity of the ovens no longer sufficed. The SS had corpses burned in ditches as well. 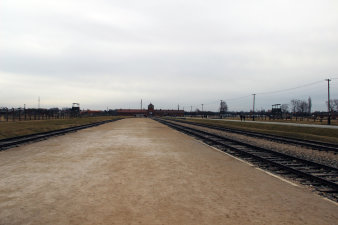 With its new crematoria, completed in 1943, Auschwitz-Birkenau took on the status of National Socialist Germany's largest extermination camp. It was moreover part of a huge industrial and camp complex in which the SS systematically combined mass murder and the exploitation of manpower.

At least 1.1 million human beings died in Auschwitz, the primary causes of death being execution in the gas chambers, execution by shooting, abuse and abominable living conditions. More than 960,000 Jews from all over Europe, some 75,000 Poles, 21,000 Sinti and Roma, 15,000 Soviet prisoners of war and 15,000 inmates of various other nationalities were killed here.